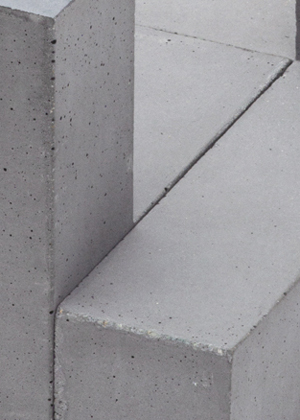 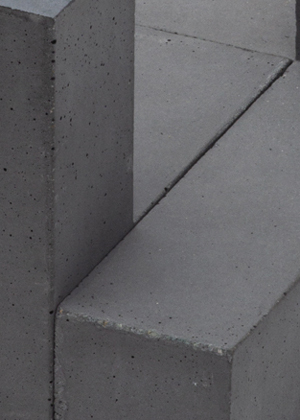 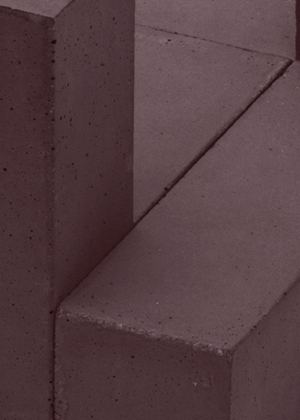 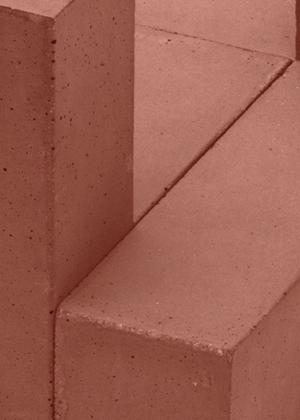 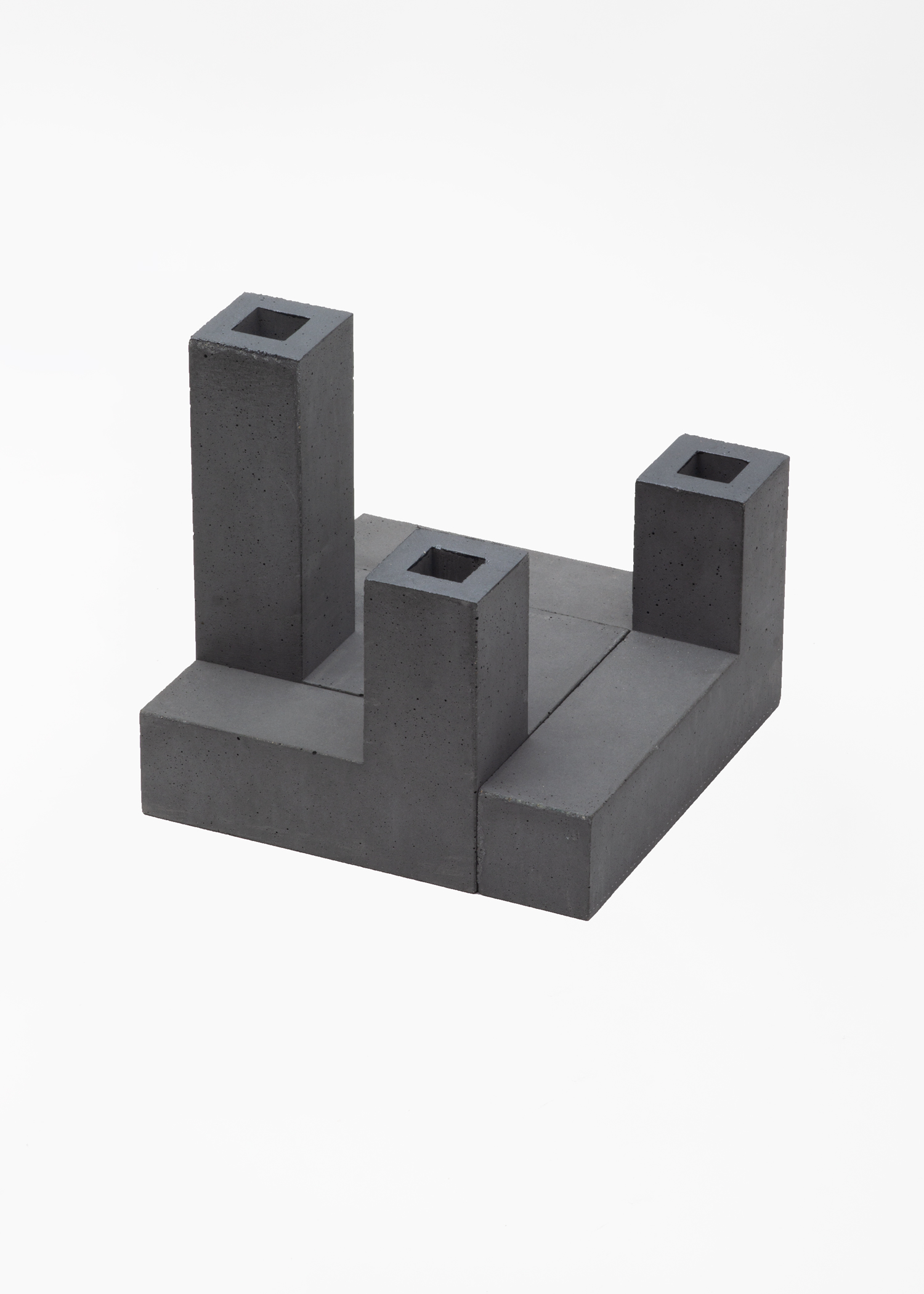 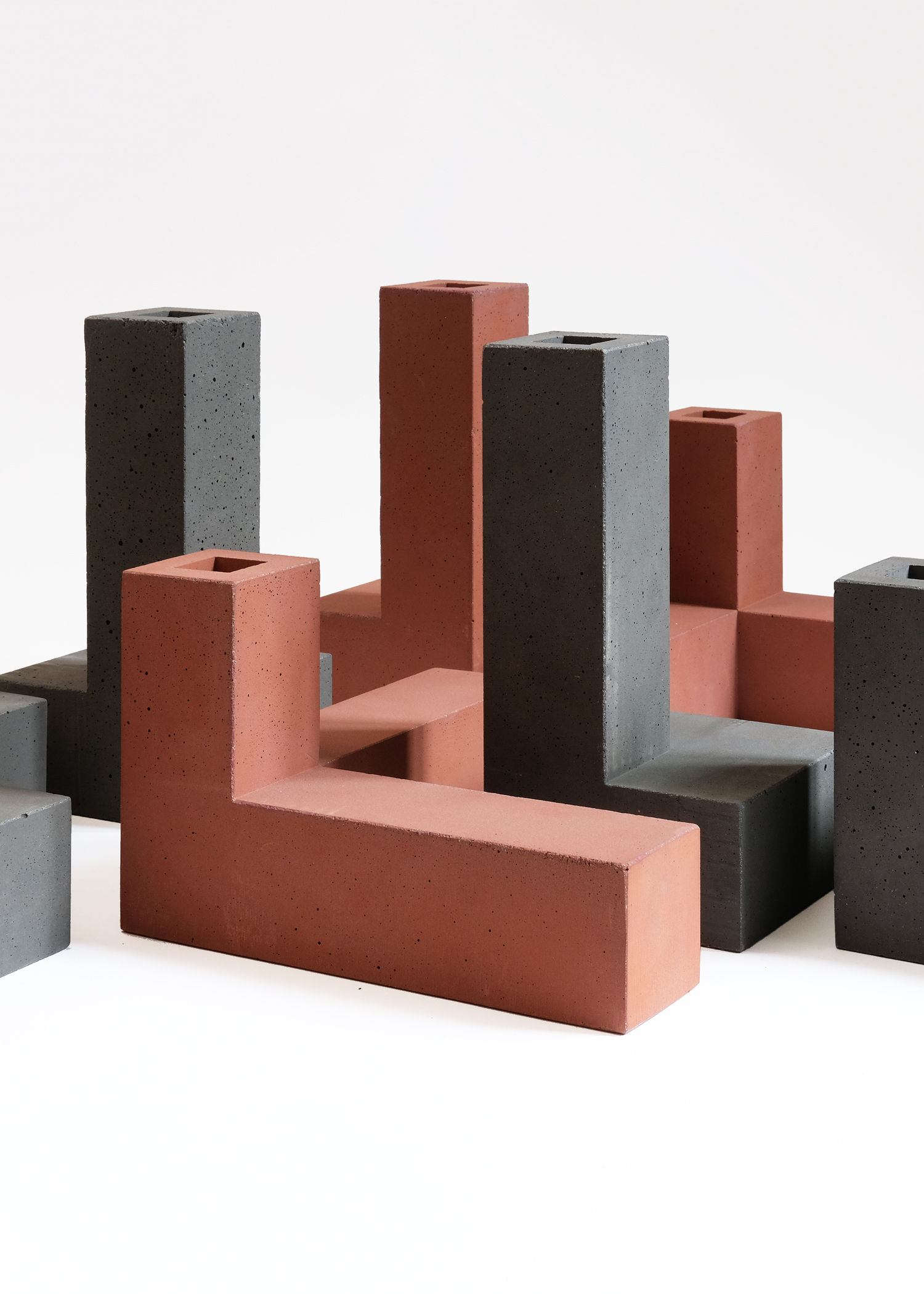 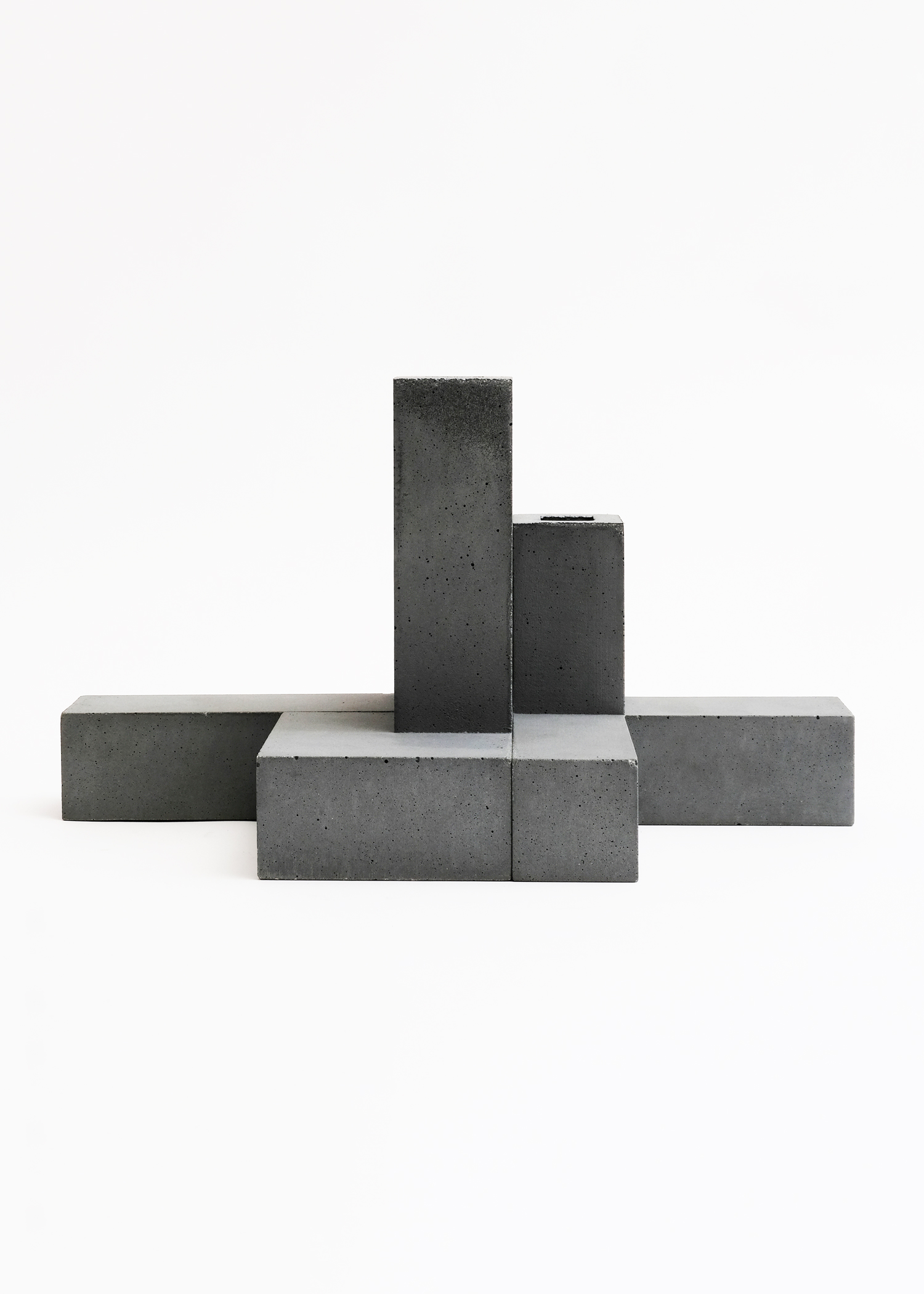 Tre Torri is a small minimal architecture composed of three concrete elements: three towers of different height, composed as a group forming a square base. The elements can move assuming different positions, always circumscribed in the square of the base. Breaking the pattern of the square, expanding in space, they can be placed side by side in a cross or in line in infinite compositions. The playful aspect of the project is almost like a game to exercise everyone's visual and aesthetic abilities. The spectator becomes a participant in the project of a micro-architecture that seems to say: “there is not only one way of looking, but many ways; there is not only one univocal and imperative vision, but a multiplicity of visions. And each one is not more beautiful than the other, only different”. The colors are oxides and create a desaturated chalky color effect.